We all have baggage that we don’t want to let go of. This week on #BlackLove, the experts dig deep to find the pieces of the past that are stopping the girls from moving on in their relationships. Certified dating coach, Damona Hoffman asks them to have the courage to fight through their fear so they can let it go and move on. 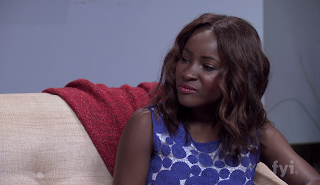 Jae is still holding on to fear…fear of commitment, fear of having her heart broken again, fear of the unknown. Damona says she needs to get honest with herself and understand she is allowing her past to write her future. 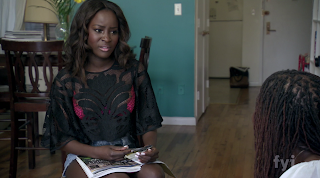 It’s not only past relationships that have caused fear. Jae gets real with her mom and deals with her painful past head on. As a black woman, Jae felt rejections growing up even within her own community. She wants to feel the stability and security money can provide, to ensure her future children will never have to experience that. 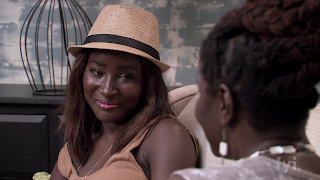 We find out that Jae went to stay with family when she was 3 years old and didn’t return home until she was 12. Psychologist Jack Daniels feels being abandoned by her mom for 9 years has had a direct impact on her unwillingness to commit in a relationship.

Jae is completely uncomfortable and doesn’t see the connection between her past and her present. She shares, “I didn’t expect to have to open up about my childhood so much. I didn’t realize there was going to be as much therapy as there was, but I signed up for this, so let’s see where it takes me!”

She’s off to a good start. Jae pushes beyond her comfort zone, forgives her mom and is thankful she’s there for her right now. “This is the first step for Jae to let go and start healing,” says Jack. 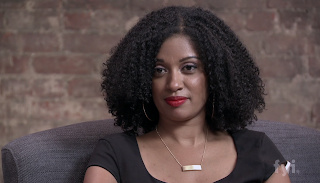 Cynthia has been holding on to her husband. She didn’t want a divorce, but she now realizes that no one has the right to make her miserable or to decide how long she has to stay in an unhappy marriage. 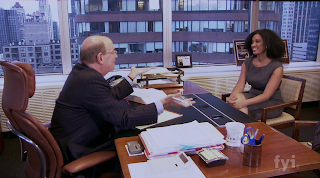 Divorce has to happen so Cynthia can move on with her life and find a healthy relationship. She meets with an attorney to start the ball rolling so she can close that chapter and move on to the next. Once the decision is made, you can see the weight lifted from her shoulders. 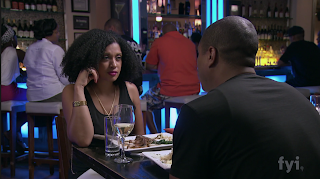 A date with Damion is just what she needs. They had both deep conversation and laughter. Whether they date again, it was a positive experience for Cynthia getting back into the dating world. 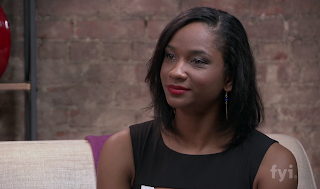 For Tennesha, it’s all about trust. She’s in a good place with Errol and doesn’t want old habits to ruin something new. Jack says control is directly related to trust and being able to let go of pain and fear. 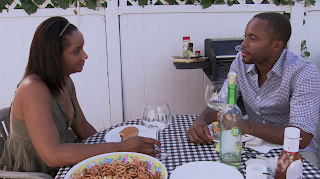 Tennesha admits to Errol that there is a difference between being open and vulnerable. That’s a major “aha” moment that I’m still pondering. There is a piece from her past that she’s still holding on to that she hasn’t been able to share with Errol. 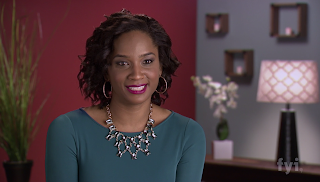 Tennesha tells me, “It was hard for me to learn, accept and practice vulnerability. It sounds like a simple thing, but it isn’t something that comes natural to me.”

Relating it to the process she adds, “I had to make a conscious effort to be vulnerable in every situation; not just with the men I date, but also with the other girls and the coaches. I am an open person, which I equate to being vulnerable, but they are totally different and I had to work through that.” 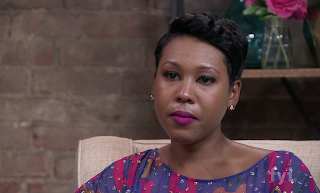 Monet is struggling with who she is as a black woman. While she puts out a facade of strength, deep down there is fear that if she shows all of herself, it will be too much. Having to hide pieces of herself is exhausting.

Damona admits that culturally, women of color are taught not to express themselves. Monet’s marriage to Vaughn only confirmed that. Monet tells me, “I learned that holding back parts of myself hinders a person from fully getting to know me. I learned that I am enough and any man who thinks I’m too much isn’t the right man for me. All of me is enough!” 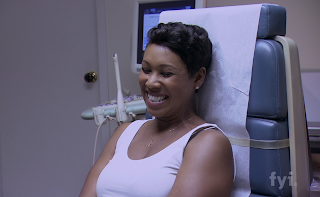 Monet decides in order to take the pressure off finding a husband due to her biological clock ticking, she needs to check into having her eggs frozen. The doctor deems her a good candidate and we see that beaming smile. 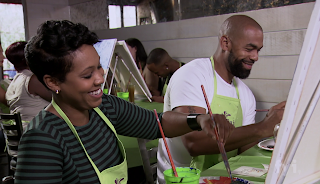 Monet can go on a date with Kyle with that burden off her shoulders. She is more relaxed and free, which is something that Kyle definitely responds to. Another date is in their future and we are thrilled for our girl. 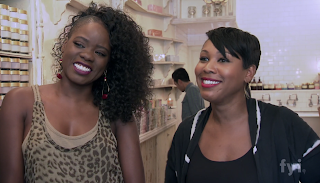 La and the girls go shopping and bond over lotions, massage oils and candle wax. Their “pocketbook” discussion has me in stitches. I’m with Tennesha. The Minnesota nice dictionary does not have that definition of pocketbook. 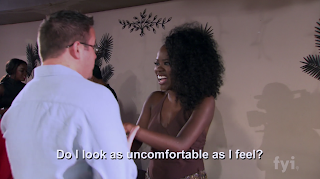 We finally get to see some La and Karl love. Yes, you do look as uncomfortable as you feel Karl. But La appreciates you being a good sport and it makes us realize that you are all in for her. Does La see it? 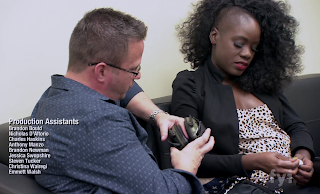 The previews for next week have me a little scared for Karl. We know that La has a love for traveling and she tells Karl she is thinking about moving out of the country. Is there trouble is paradise? Can’t wait to see how that conversation goes.

The Women of #BlackLove – S:1 E:2 Getting Out of Their Own Way

The Women of #BlackLove S:1 E:7 Feeling Some Kinda Way