This week’s lessons on #BlackLove are all about planting the seeds of being open and vulnerable for a successful relationship. As always, our girls brought all the emos to the table and we start out with Jae. 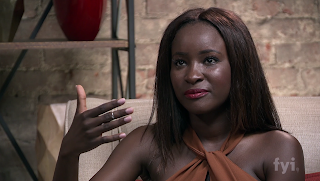 Two relationships that ended badly caused devastating heartbreak for Jae and she is completely withdrawn and guarded. “I would be happy if I could go back to being the soft, vulnerable person that I used to be able to be in relationships,” says Jae.

But it goes even deeper than that. Jae reveals her mom was the first person to walk away from her when she was young. The feeling of abandonment is at the core of her unwillingness to commit. 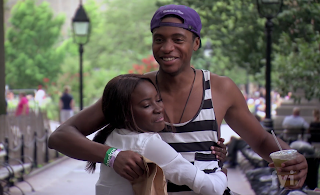 She’s very resistant with the task Jack gave her to hug 7 strangers, but she soon realizes it’s not all that bad and goes with the flow. If she can be vulnerable enough to hug strangers, maybe she can open up to people she cares about. One brick removed from that wall. 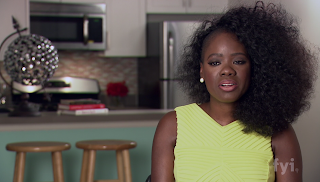 La has not been in a relationship for 6-7 years, so she’s not used to having to connect with someone while she is traveling.

Karl is not having any of it. He is looking for a best friend and best friends turn to each other to share their lives. Karl has a laid back easy-going personality that meshes well with La and she quickly comes around. 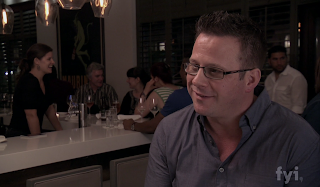 La admits she cares for Karl and knows she needs to be more thoughtful of his needs if she wants this relationship to grow. Another brick removed from the wall. 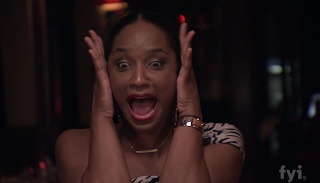 Tannesha is more excited than a kid at DisneyWorld and it’s all about one word…consummation. She and her boo Errol took their newly monogamous relationship to the ultimate level.

She relives the moment in true Meg Ryan style and all the girls want what she’s having. 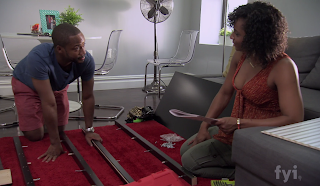 Tennesha’s perfectionism comes out when she and Errol are putting together a dresser. When a mistake is made, things begin to unravel.

After Errol left, she immediately regrets the way she treated him and is concerned whether it will affect their relationship. 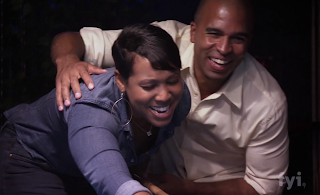 Monet didn’t get a chemistry vibe on her first date with Antonio, but he’s a good guy and she wants to give it another shot. Monet loves the way Tennesha sounds and looks when talking about her man and that’s what she wants. 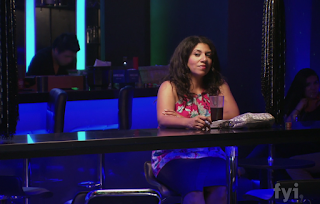 Certified dating coach Damona Hoffman decides to be a fly on the wall to observe Monet’s body language with Antonio.
“It’s clear Antonio is interested in Monet and is trying to show that through his flirting and body language, but Monet is totally shutting it down,” says Damona. 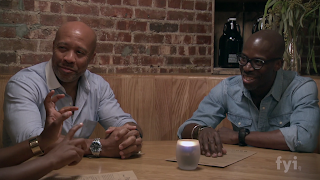 Things get real when Monet’s two male friends tell her she tends to push too hard, too fast, in a relationship.

When you are serious about finding “the one”, getting married and having children, it’s hard to play chill. 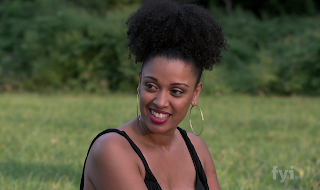 Cynthia is still reeling from her blind date last week. She tells Monet that the jokes were sarcastic and at her expense. Monet is concerned the bad experience will turn Cynthia off to being open to other possibilities. 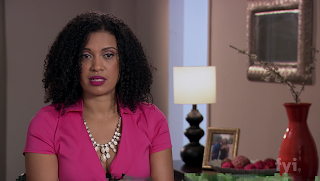 Cynthia admits this is a setback for her and feels unsure whether she is ready for the dating scene. We’re feeling pretty confident a few more weeks of therapy will start to bring down her well mortared wall and we can’t wait to watch.

The Women of #BlackLove – Hopes, Reflections of S:1 E:1

The Women of #BlackLove S:1 E:7 Feeling Some Kinda Way