The last episode before the mid-season break of Married At First Sight The First Year on FYI leaves viewers in turmoil.

Jason has great angst about his decision to contact his father and half-sister, Neph is struggling to commit to Jasmine and Jamie can’t seem to leave her ex in the past and focus solely on Doug.

How will this all turn out? Unfortunately, we’ll be in for a long wait…hanging off of a cliff…by the skin of our nails…holding our breath… 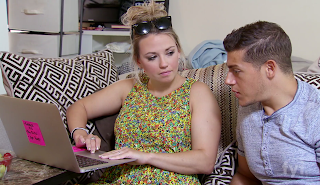 First and foremost in Jason’s mind this week, is finding his father and half-siblings. A quick search on the internet brings up so many unanswered questions. How does he approach them? What would he say? Do they even care about him? What does he expect to come out of it? 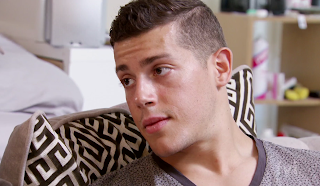 A favorite Jason moment was when he said, “I was like, I’ll forgive and not forget, but that’s so close-minded”. 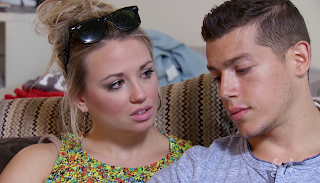 Cortney once again gives stellar advice. For them to move on in their lives, it’s important for Jason to heal those wounds that were NOT his fault. YES!!! Have I said how much I adore this girl? 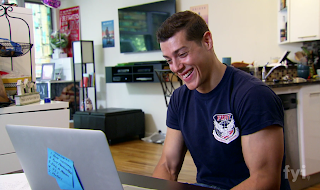 Dr. Pepper shares her lens with Jason. Perhaps his family knows the hurt they have caused him and are embarrassed by it. Make a decision if you just want answers or a real emotional connection and be ready to accept the answers.

We love the return of that smile… 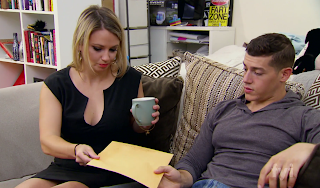 …but it ends all too quickly. Cortney hires a private detective and they uncover the mysteries of his past in the manilla envelope. The pain is so evident and Jason is getting tied up in knots just talking about it. Angry, hurt, sad and abandoned don’t even begin to describe how he feels. It’s a slap in the face. 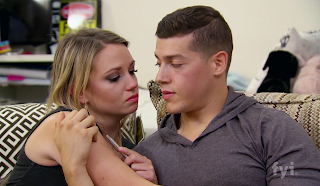 After a quick breath of air to clear his mind, Jason comes to terms that he cannot move forward in his life until he makes peace with his past. Cortney remains the rock, forever by his side.

While he’s not ready to reach out to his father, he decides to send his half-sister an email message. 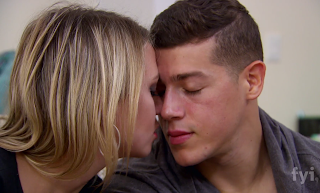 I love everything about this couple and what they represent.

Their journey from the beginning has been the definition of courage. Although scared with their lives constantly changing, they’ve pushed through it together. That’s what real love and marriage is about. 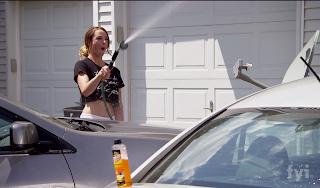 Doug and Jamie finally take some time to do fun, normal things…like washing their cars… 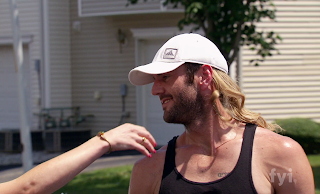 …with Doug rocking a mullet and Jamie nixing the chicken cutlets… 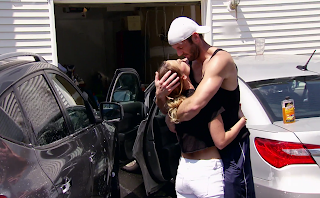 …they finally connect after a low-key soap fight. How thrilled are we that there is no mention of the ex in this conversation? 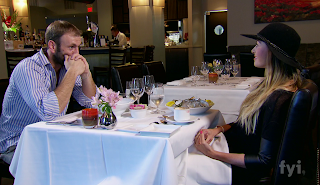 Now it’s time for a much-needed date night. Doug finally figures out that by dismissing Jamie’s need to talk about a home and family, it makes her feel that he doesn’t see a future with her. At least he’s listening to Dr. Pepper’s advice. 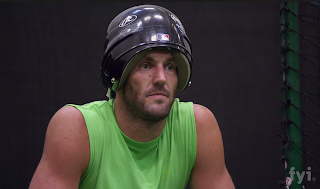 Jamie, on the other hand, is not. Here we go again. Anyone else had it up to their eyeballs with the ex talk?  Doug appears to be getting to the end of his rope…and who can blame him. 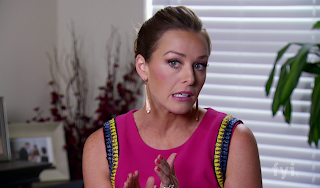 Life according to Jamie…things that make
you go hmmm…

It’s only respectful to Doug to introduce him to my ex. I have to get my stuff from his house.

It’s not a thing anymore, at all, and that’s the point of you guys meeting.

He’s still my best friend. I can’t just like cut him out. I can’t break that link.

Obviously, it’s going to be awkward and strange, but it doesn’t have to be. 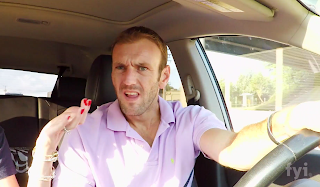 In closing, if you follow Jamie on social media and read her blog, you know she has said repeatedly that this season has been brutal for her. She’s horrified at watching herself and how selfish she’s been. I’m hoping that means the ex will be put to rest soon and she will put her whole heart into her marriage with Doug.

I love the dimension that Neph and Jasmine add to #MAFSFirstYear. In addition to their budding romance, the friendship forming between Jasmine and Cortney and the ongoing brotherhood of Neph and Jason is heartwarming to see. 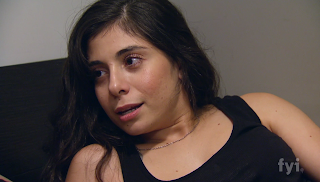 Having said that, I feel just as confused as Jasmine by Neph’s lack of empathy towards her family values regarding marriage. This is not about small town mentality. It’s about respect. 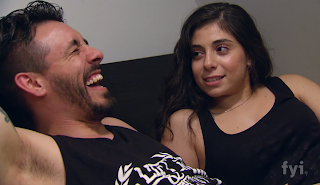 I want to give him the benefit of the doubt, but he makes it hard, when Jas tells him she feels hurt by his attitude and he laughs at her.

I’m thinking it’s a nervous laugh and not a degrading laugh. 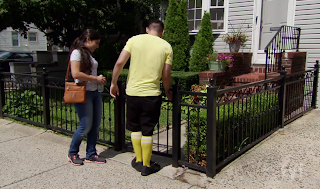 Another thing that confuses me is the bright yellow tube socks. Is this a New York thing or does Neph just march to the beat of his own drum? 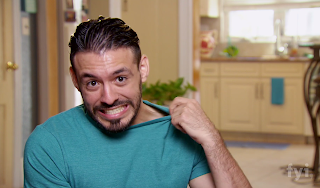 Pressure, pressure, everywhere. Neph feels it from Jasmine, her family, his mother and even the realtor.

He is such an enigma. While he wants to by a house to give Jas more privacy, he announces it will be in his name only. I totally get it and at the same time, I totally don’t. 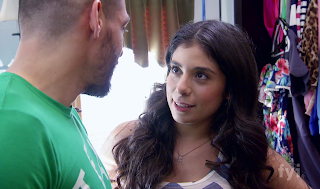 No wonder Jasmine feels unsure of the relationship and where their future is headed. Closet space isn’t the only thing lacking, nor is it the real reason for her ultimatum.

The message is clear…make permanent room for her in your life, or she may not return…

That’s it until the mid-season break is over in February. Until then, I’ll be blogging and live tweeting Married at First Sight Season 3!
Follow me on Twitter @realitvwithbee and live Tweet using  #MarriedAtFirstSight #MAFS
Interviews:

Married at First Sight – A Chat With Cortney Hendrix